The Case of the Old Man with the Hat 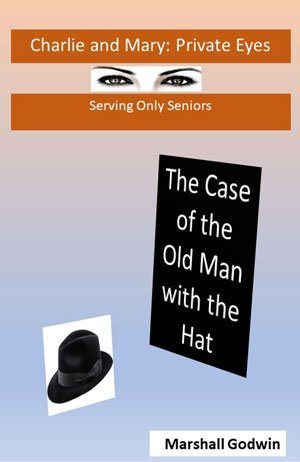 Charlie and Mary, at the end of the book Charlie Freake from Scilly Cove, decide to start a private investigator agency called Charlie and Mary: Private Eyes. This is the first book in a series that details the cases they work on and the trouble they get into.

This first book, The Case of the Old Man with the Hat, tells of an early case they take on which is somewhat humorous and then the main case about a man who stole a winning lottery ticket, sewed it in the lining of his fedora, but then had it blown off his head by his brother wielding a shotgun. It goes from there and ends up down near the town of Trepassey with a truckload of something loaded on a boat and headed out to sea – likely to South America.