About The Mark of Time 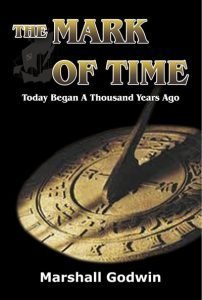 The Mark of Time is the second book in The Beothuk Trilogy. It is a 1000 year trek through the history of Newfoundland that follows the origins and tales of two families, the Knights and the Johnsons. Like Belle Maro there are stories of interactions between people of European descent and the Beothuk people. A birthmark gives evidence of the intermingling of the blood. I did a signing in Trinity when the book first came out in September 2012 and then I left on sabbatical for three months so there has been very little promotion. I have been chatting with the publisher recently and they plan to set up some signings in book stores and perhaps a radio interview.  I did a reading in the Lewisporte library in January. The distribution system is not good since there were no books in the stores in Lewisporte. One can promote all one wants but if people aren’t easily able to get their hands on a copy of the book it won’t sell. That is part of the reason I am setting up this website — a place to both promote and distribute my books.